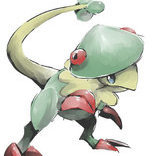 This folder contains the Legends of Trio all LVL. 5 (Both Therian & Incarnate)

All Movesets are Movesets which you can find on Smogon

(NOTE, THESE WERE NOT CAUGHT LEGITIMATELY IN-GAME, THEY WERE GENERATED VIA PKHEX)

Although these files will still be able to be used online (Battle, Trade, Wondertrade, etc) please note:

THEY ARE ILLEGAL! USE AT YOUR OWN RISK.

(Only Shiny, Non-Shiny is completely Legal)