In Pokémon FireRed, LeafGreen & Emerald, lies a cave named the Altering Cave.
At first glance, all it has are wild Zubat, which makes me people ask "why the heck does this cave even exist to begin with".
As it turns out, there is more to this cave than it meets the eye.

This cave was programmed to make use of special Mystery Gifts, that would allow the wild Pokémon species that appears to be altered.
Sadly, this game feature never had an event to make use of it.

Following it's initial release in Pokémon FireRed & LeafGreen, all the Pokémon that could have been caught from here,
could also be encountered in the extended Safari Zone of Pokémon Emerald.
(with the exception of Smeargle: it can be caught in Artisan cave in Battle Frontier)
Despite these Pokémon all being available in Pokémon Emerald, it's not known why this cave was also included for it.

This page hosts the Pokémon that can be encountered in an altered Altering Cave, as well as other means to get them to appear.

The encounters that get cycled are (and it wraps back to the start):
Zubat, Mareep, Pineco, Houndour, Teddiursa, Aipom, Shuckle, Stantler, Smeargle.

(Hint: You'll need the WC3TOOL to inject wonder cards into your save.) 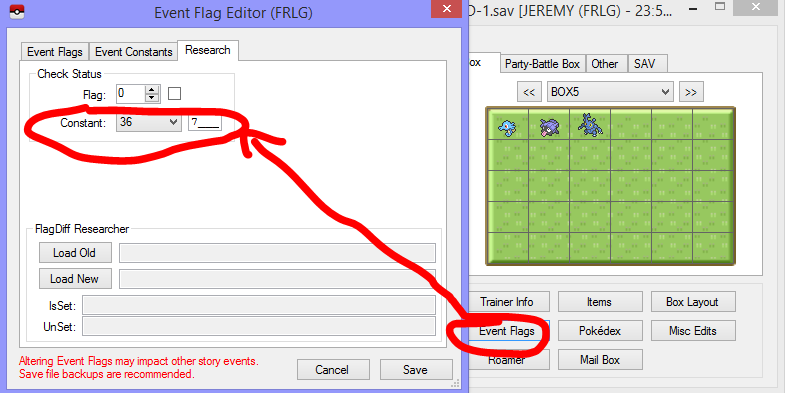 Cycling through 0 to 8 in the above given event constant, results in the rotation of the species that appears.

Use them with 4.1 DMA Disable Code only.