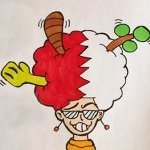 Pokémon Colosseum and XD where you can only use Smeargles. Simple has that. But why play this hack instead of using Smeargles in the base game?

First, the Smeargles are given to you and/or have to be captured, so you don't need any external software to put them in your team.

Second, que Smeargles have edited stats. The goal of these hacks is to beat the game taking moves from enemies, not grinding. After testing this myself, I think I got the sweetspot for the new stats, where they aren't that great but they aren't trash.

-You can only use Smeargles. Shadow Pokémon have a stupid low catch rate, and wild Pokémon don't appear in XD. You'll get a Master Ball in Colosseum, but you'll get something else in XD.

-Smeargles are slightly improved to minimize level grinding. Their new stats are 55/55/55/55/55/75. Their ability is now Trace.

-Miror B. won't appear for rematches, since you can't capture the Shadow Pokémon anyway.

- *.xdelta file and the software needed to path your iso.

Check out my other hacks:

-Fixed every Shadow Smeargle having 31 IVs in Colosseum, it's random now.

-Fixed every Shadow Smeargle having Hardy nature in Colosseum, it's random now.

-Both starter Smeargles in Colosseum are now level 26.