This is a pretty accurate replica of a Japanese Psyduck with the OT "ジュン", or Jun, which is an abbreviation for Junichi, of course for Junichi Masuda.

Given out in the GTS in the Diamond and Pearl games, they were distributed to a total of 30 players for each OT Psyduck starting August 7th, 2007 and ending August 30th, 2007.

To my knowledge no completely legitimate Psyduck has ever surfaced, at least on the internet. The only faults with this replica are the Pokemon ID and potentially the IVs.

Here is an excerpt from Bulbapedia regarding this specific Psyduck (replica) 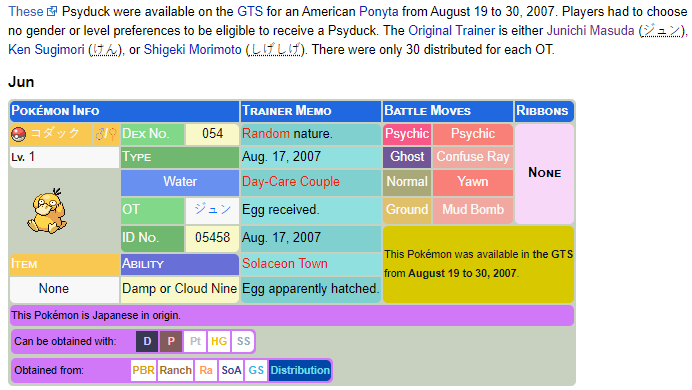 Fixed the language origin to Japanese instead of English.