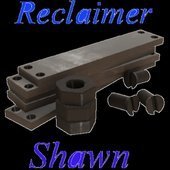 By Reclaimer Shawn,
September 3, 2016 in Spin-Offs