WC6: Other cards from server for Local Distribution .

This page holds a bunch of wc6full that were either test cards, unused cards, or cards that were in use but were not officially announced, found on the mystery gift servers for Gen 6.

As far as I can tell, this test card started operations on 24th December, 2014.
Inferring from it's server title, it was probably to double check that the wireless beacon was functioning as intended.

For the most part, these cards are exactly the same as their publicly counterparts, with only slight notable differences:
Their Wonder Card ID and SID were Set to 0.

These cards could have been used as test cards, for maybe screenshots or to ensure the beacon was working, that subsequently went unused.
Or maybe they were distributed via Infrared, when the staff at Pokémon Centers were approached by players claiming that there were issues with receiving the distribution.

Either way, as we did not get any contributions containing these over the past few years, it is hard to say for sure which is the case,
especially when in-game, the wonder card and Pokémon received would have looked exactly the same as the normal distributions.

This card gave an ungodly amount of x950 Rare Candies.
As the server title suggests, it was merely a test card, to confirm that the wireless beacon was functioning.

Curious enough, this card had the wonder card title and wonder card description of the Shiny Ho-Oh card.

In any case, we will not be liable if you are banned etc. for using these files. 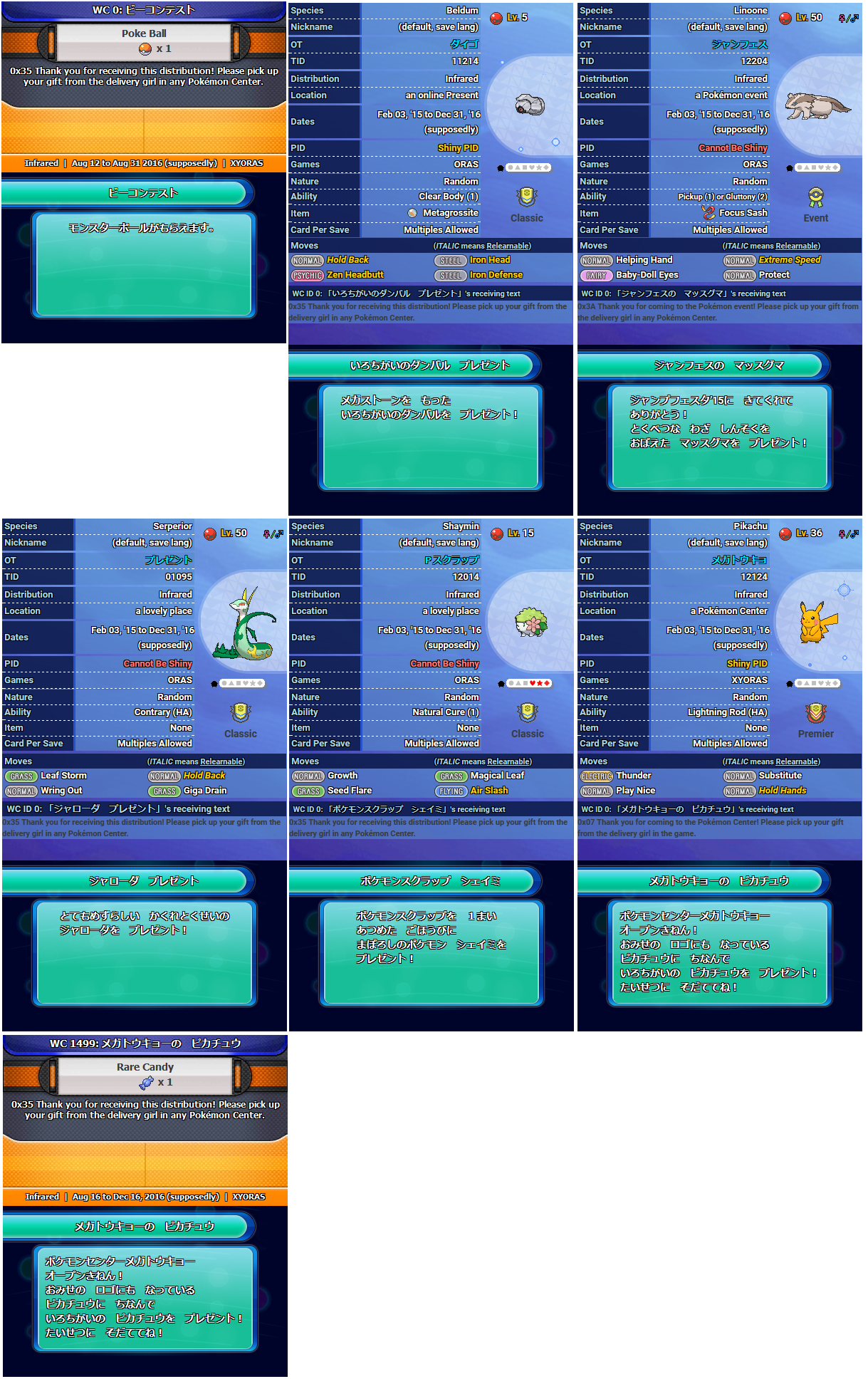