In Pokemon XY and Omega Ruby & Alpha Sapphire, exists Super Training missions hidden in the game, meant to be unlocked via events.
However, these were never released to the public, hence @SciresM made hacked versions of these Super Training.

All of these missions features battling other Mega Evolution Balloons that are not showcased in Secret Super Training missions.

There are a total of 6 hidden missions: 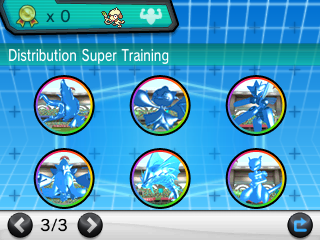