In Pokemon Ruby & Sapphire, FireRed & LeafGreen, and Emerald, contains various glitch Pokemon,
that occupies the Gen III programmed index spaces of 252-276 (between Celebi and Treecko).
All of their physical stats are exactly the same as the Pokemon Deoxys.
Speculation is, the 25 slots originally contained fully formatted Pokemon, but was dummied out after.

This Pokemon, ?, has the cry of Unown, and it's only ability is none (-------),
it normally can only have the attack Tackle, and is incapable of learning any other moves. 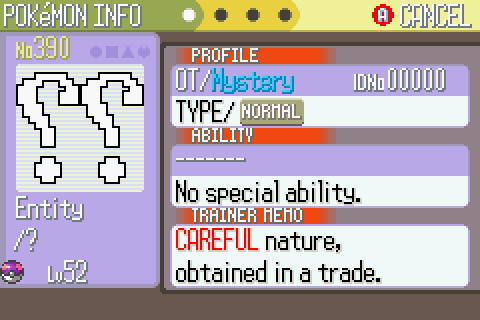 I accidentally came across this Pokemon, when I had too many AR codes active all at the same time,
and managed to catch it, and have since hacked moves onto it.

This Pokemon cannot be transferred up to Gen IV using Pal Park. 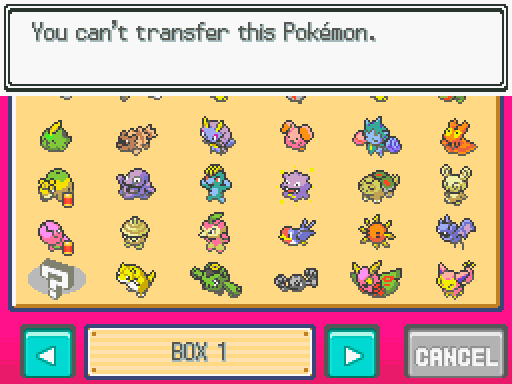 ? is a stable glitch Pokemon, and can be used normally in battle and normal game play.

[extracted via A-save, theoretically may work with PKHeX]