I've been an on and off fan of Gundam, but I've never really taken a step into their convoluted Universal Century, at least not until Unicorn Gundam came along.

It has a really interesting story, and the unit is equally amazing to me, especially with the potential to swap various pieces around.
(though arguably, Gundam Seed's Strike X-105 has more customization options, though that argument is for another day)

In any case, I usually like clear units, but I was really excited when this got announced.
Though the initial unit was released together as an RG unit with the Blu-ray release, and that was really expensive.
So I waited and waited patiently, for the HG unit that was released as a limited unit at the Gundam Base stores.
(note: I am buying it online off a reseller of sorts, so even when the unit was in stores, I had to wait for it to be resold.) 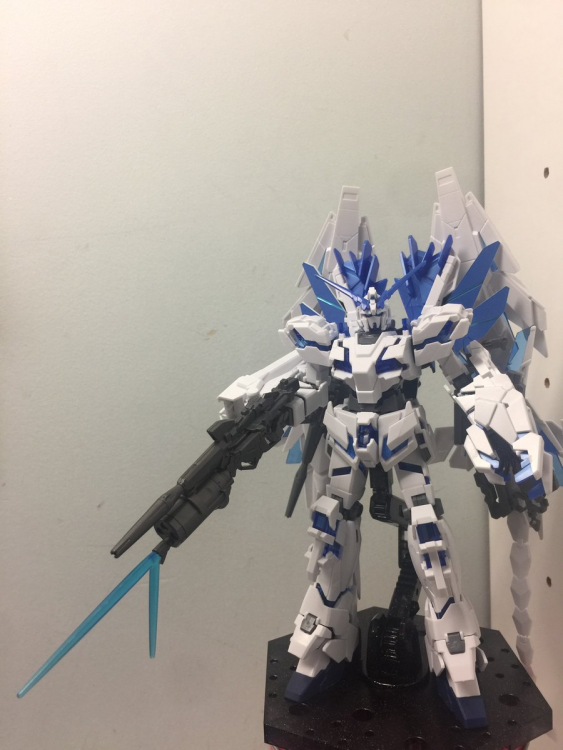 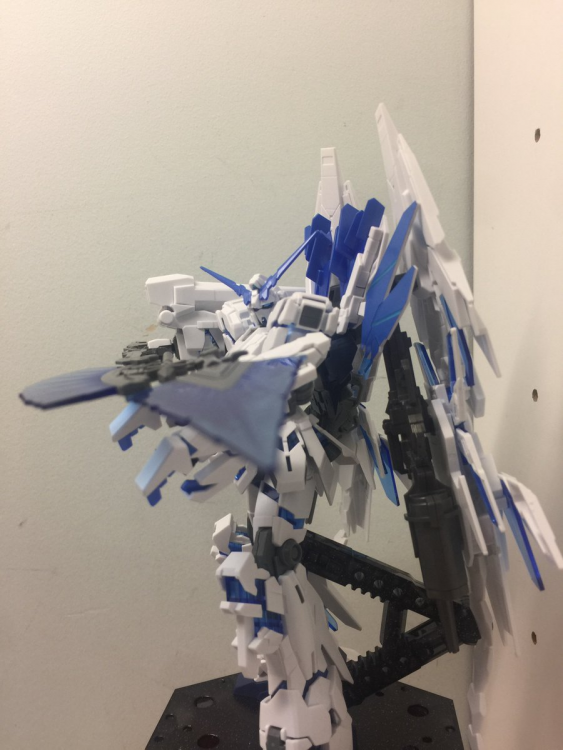 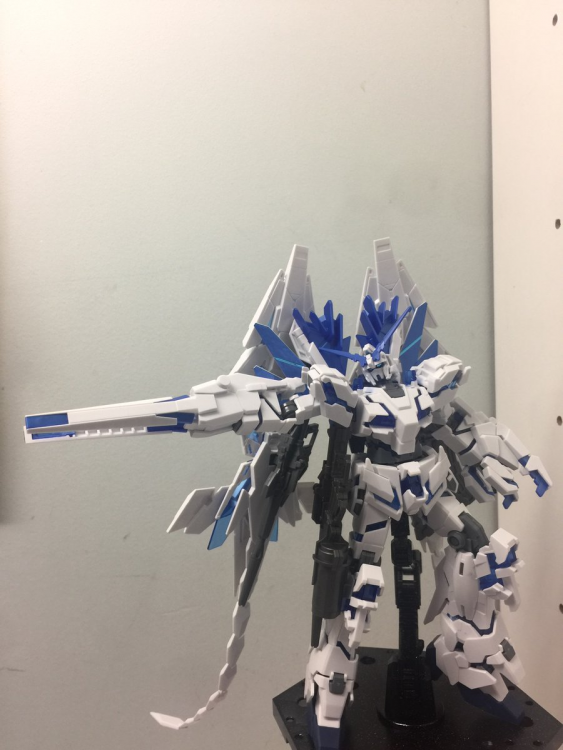 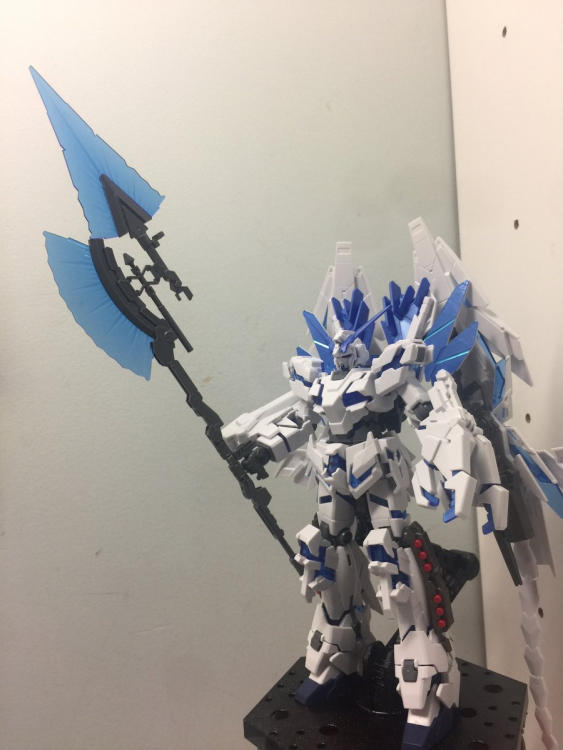 So the reason why (with horrible spelling) it's called "Perfectibility", is because it combined elements from at least 3 basic units.

In the spoiler, shows the evolution of the basic units to get to this unit.
(and how much different items you're likely required to buy and paint over to get to this, before it got released as an official unit.) 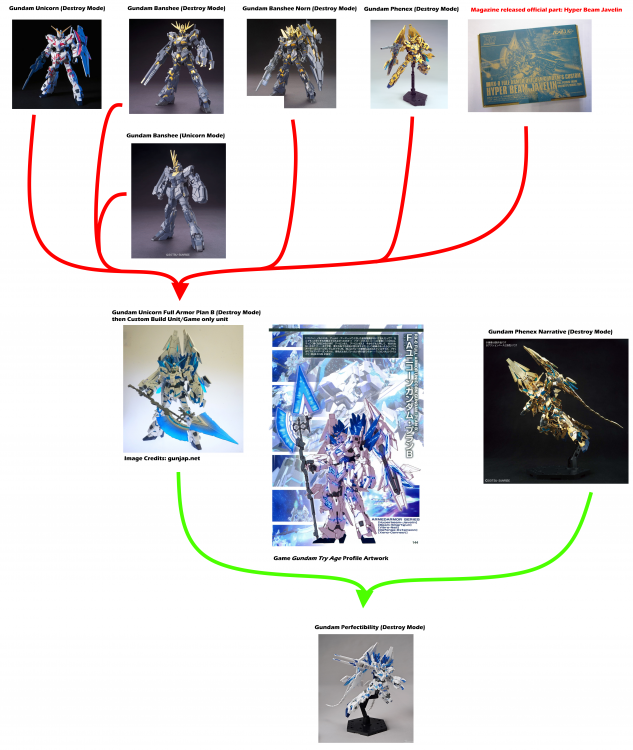 In any case, as Bandai simply has to re-use the existing plastic molds for the existing units,
you also get fun extras that are unused, like the folded claw (Armed Armor VS), the chest plate and collar and v-fin for the Bansee etc. 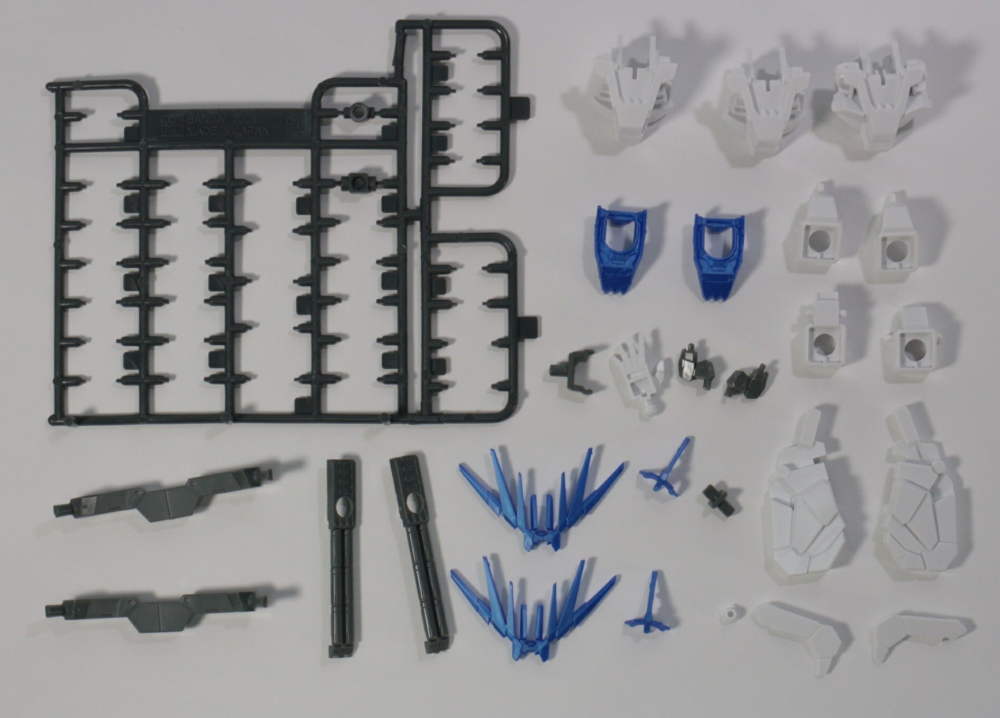 In any event, I added the Rifle from Gundam Banshee Norn and the calf-side missiles Gundam Unicorn Full Armor for extra fun.
In any case, this was a fun unit, and I look forward to a clear unit being released (as unlikely as that is).