An intro after 5 years 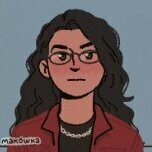 By Bretaña,
March 12 in Introductions