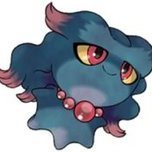 By Misdreavus,
July 14, 2020 in Systems, Flashcards, and Emulation