Nevermind, been fixed already I guess 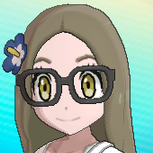